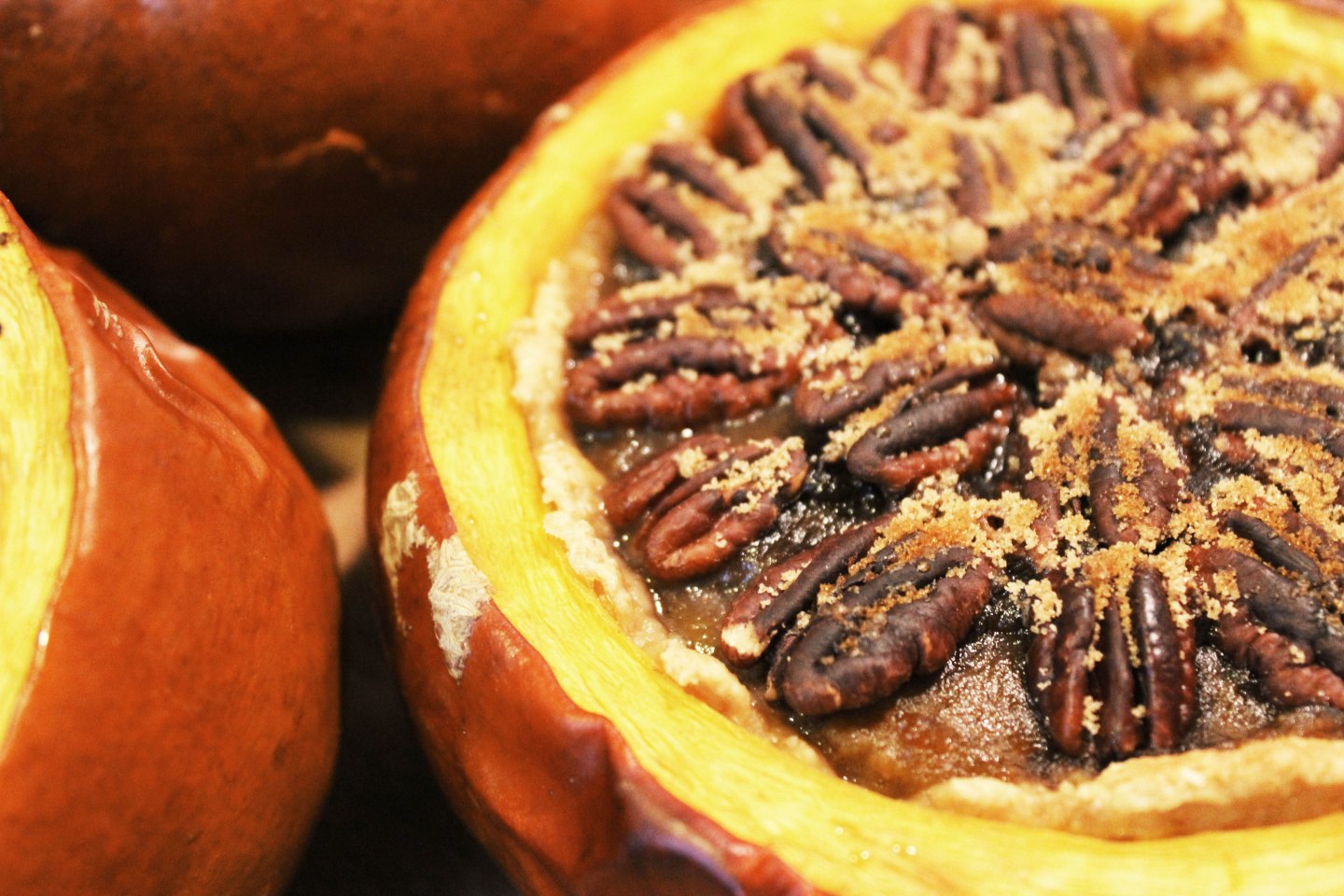 Halloween is probably my favourite time of year. Forget Christmas, Easter, the summer holidays and, yep, even my birthday – ever since I opened my first Harry Potter book at seven years old, watched The Witches on VHS and discovered that wearing black is both chic and covers all manner of food stains, I’ve been obsessed with everything dark and spooky. When October rolls around, I’m usually the first to buy all the pumpkins in Sainsbury’s and start thinking of weird and wonderful ways to carve them, bake them, add them to my smoothies and turn my house into an orange glowing wonderland. Also, I love black cats. Just call me Hermione.

This year, my housemates and I were pretty busy for all of October with work and uni stuff getting on top of us, but we were determined to get into the scary spirit in some way. Knowing that the one thing guaranteed to get us all in one place at the same time is FOOD, and sickly sweet delicious baked food in particular, my housemate Jess found a video on Tasty, then went out and bought each of us miniature pumpkins before we could say ‘Hocus Pocus’. I found some old cans of pumpkin bought off Amazon last year (they were in date, no one died, IT’S FINE), and one extremely messy student kitchen later, we had some very aesthetically pleasing, Pinterest-worthy bowls of deliciousness.

Here’s a YouTube version of the vid we followed:

Yes, it’s another adapted Buzzfeed recipe, but seeing as the last one was so great, why not give this a go? Thanksgiving is still coming up so pumpkin isn’t out of season just yet, they are vegan so are practically good for you and definitely count towards your five-a-day, and even if you end up disliking the taste of canned pumpkin (as one of my housemates did), they still look impressive enough to go on Instagram and make you look like a Mary-Berry-esque God of Baking. Here’s what you’ll need. 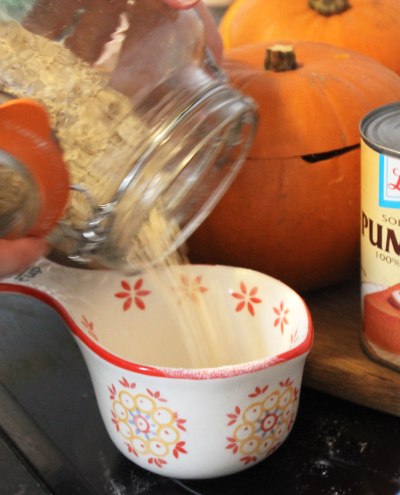 1/4 cup non-dairy milk (almond is best, but coconut or soya might also work) 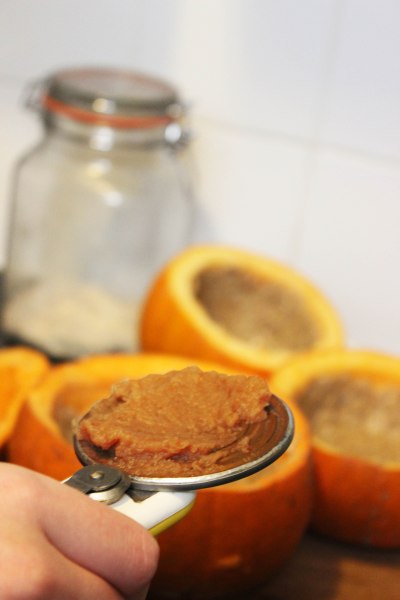 1. Preheat oven to 200 degrees celsius. Slice the tops (lids) off your pumpkins and spoon out the insides, until you are left with a hollow bowl. 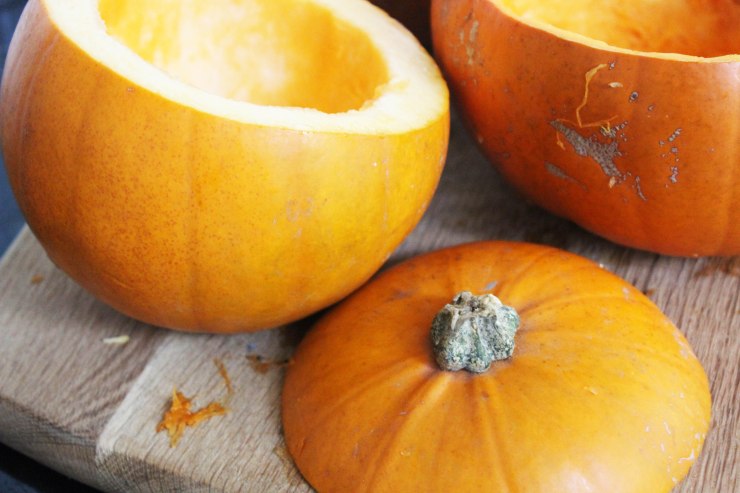 2. Combine the crust ingredients in a medium sized mixing bowl using an electric whisk. It should be the consistency of peanut butter, if not slightly more runny. Feel free to add slightly more milk/oil to achieve the correct texture. When ready, spread it out evenly inside the pumpkins to line each bowl. 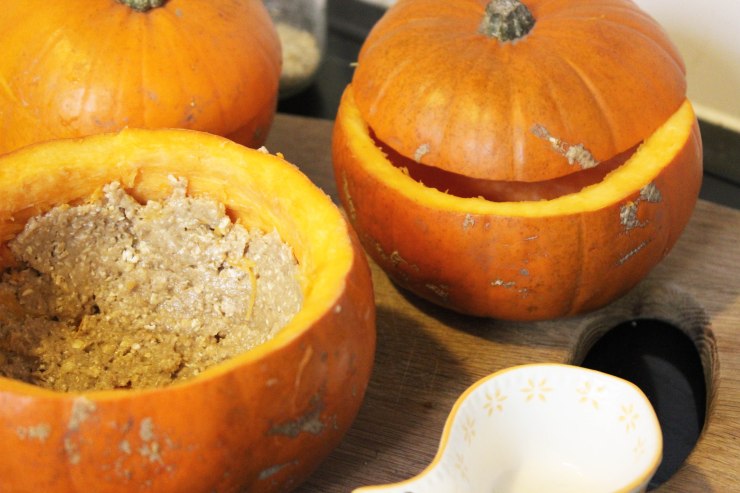 3. Mix all filling ingredients together in a large bowl. Spoon the mixture into the pumpkin bowls, and smooth the tops. 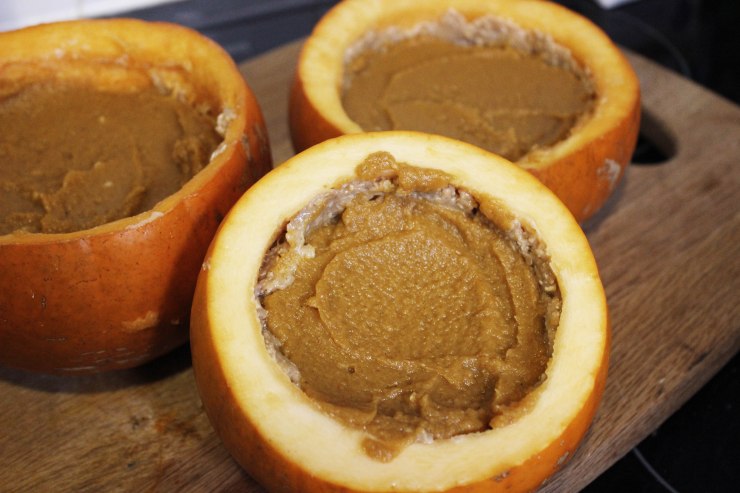 4. Decorate the top of each pumpkin with pecans, then bake in the oven for 30 minutes. 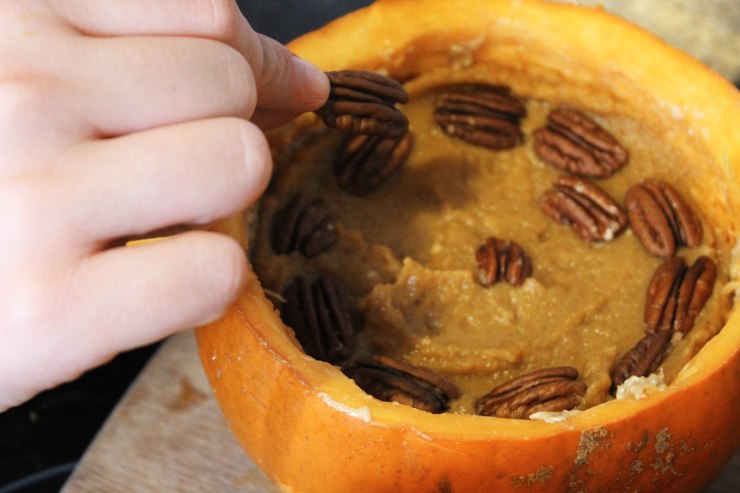 5. Take the pumpkins out of the oven, sprinkle the top of the pies lightly with brown sugar then put bake in the oven for another 10-15 minutes. 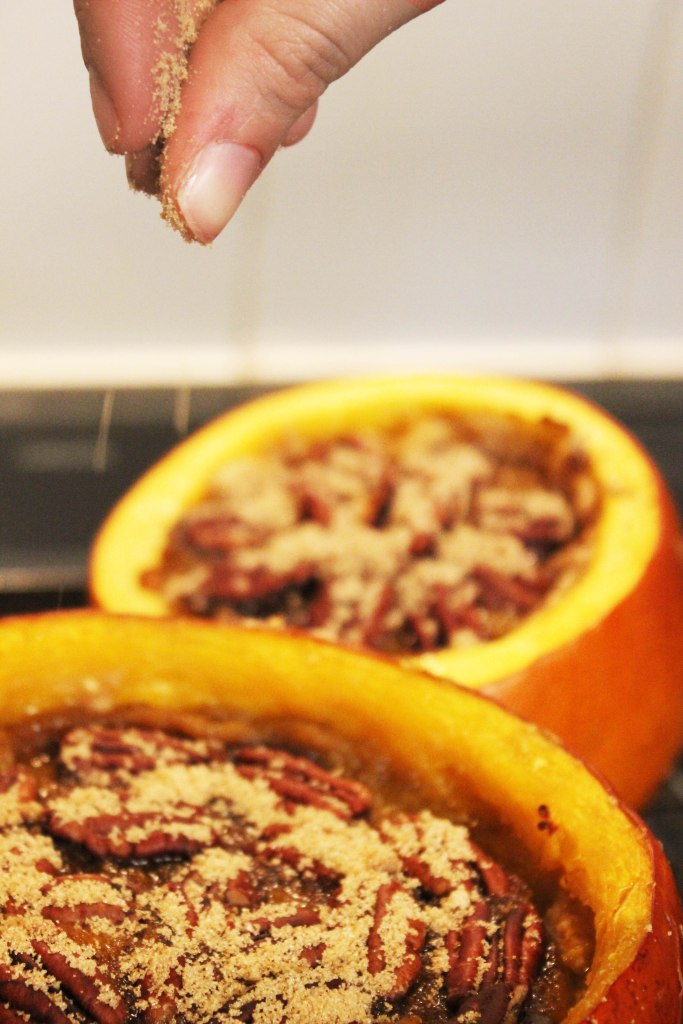 6. Remove pumpkins from the oven for a final time, putting the baking tray on the side to cool down. When ready to eat, serve with maple syrup, vegan ice cream or coconut cream. Enjoy! 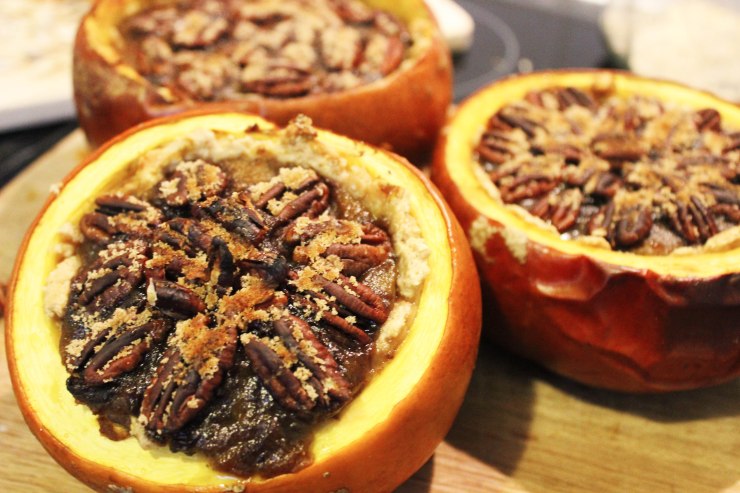